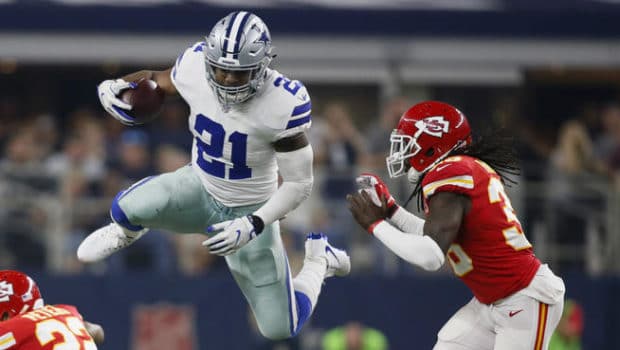 This may come as a shock to some of you, but the Cowboys’ Zeke Elliott is still suspended for six games, beginning tomorrow, which means he won’t play against the Eagles on Sunday night, Nov. 19!

The latest ruling came on Thursday from the United States Court of Appeals for the Second Circuit, where the NFL Players Association had argued on Elliott’s behalf that the suspension should be delayed until the court could hear his appeal. The court’s decision said an appeal hearing should be expedited, but it terminated what had been a temporary administrative stay of the suspension and denied a request for an emergency injunction. No date was given for when an appeal would be heard.

The NFL originally suspended Elliott this summer after a yearlong investigation into allegations made by a former girlfriend of his. Elliott was not arrested or charged with any crimes, but the NFL built its case on statements made by the woman, along with photographs of the injuries he was accused of inflicting on her.