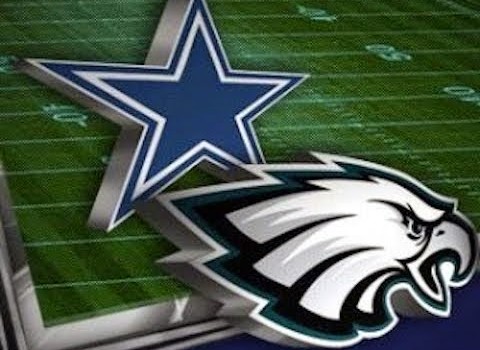 ‘NOTHING BETTER THAN DALLAS … TO GET YOUR ATTENTION’

Through the first 12 games of the 2014 season, the Eagles had averaged 400 yards of offense. And in their 24-14 loss to the Super Bowl champ Seattle Seahawks on Sunday, that was cut down to 139 — not nearly enough for victory.

Mark Sanchez looked shaky most of the day — his pedestrian stat line of 10/20 for 96 yards is simply not enough production to beat an elite NFL team.

Although LeSean McCoy broke Wilbert Montgomery’s Eagles career rushing mark, he also appeared out of sorts — the Hawks’ lockdown defense had a lot to do with his day, but still a lackluster day from the Birds All-Pro running back.

Seahawks QB Russell Wilson did whatever he wanted, passed for 263 yards and two touchdowns, and tucked the ball and bolted down the left sideline for a 26 yards scramble. Just another day at the office the Super Bowl winning quarterback.

Marshawn “Beast Mode” Lynch also banged around the Eagles defense for 86 yards, but the guy is basically unstoppable.

Again, against another NFL top tier team, the Birds came up short, either overcome by the big stage, rendering them underachieving, or more likely a bit outclassed by Green Bay some weeks back and the Seahawks Sunday at the Linc.

In reality, Mark Sanchez is playing as good as possible — he can beat the less than elite, but don’t expect him to be better than that, it’s just not in him.

The beat will go on for the mobile QB in next year’s draft, perhaps Marcus Mariota, Chip Kelly’s college QB from Oregon who most likely will win the Heisman Trophy. But until then, the Eagles still have three games left they have to win.

As Kelly rightly pointed out at his day after press conference: “Nothing better than playing the Dallas Cowboys at home to get your attention.”