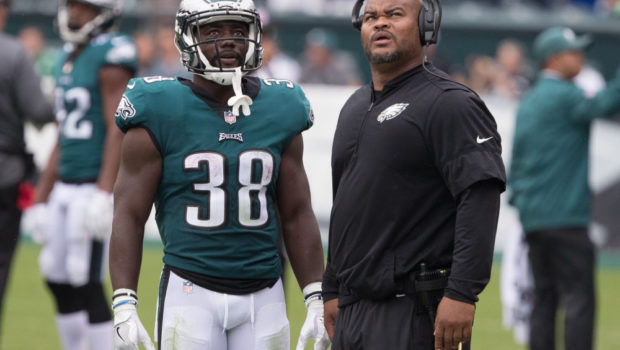 WHY NOT EAGLES RB COACH DUCE STALEY FOR NEW O-BOSS?

It is only right for this list to start with Staley, says USA Today’s Turron Davenport. He starred at running back for the Eagles from 1997-2003 and was a fan favorite.

More importantly, Staley is the longest-tenured coach on the team. He has been with the team since 2011, when he came aboard as a special teams quality control coach.

Staley’s best accomplishment is the way he managed the group of running backs this season. Although Philly had two feature backs and a budding star in Corey Clement, Staley managed to get all of them to buy into the “team first” mindset: