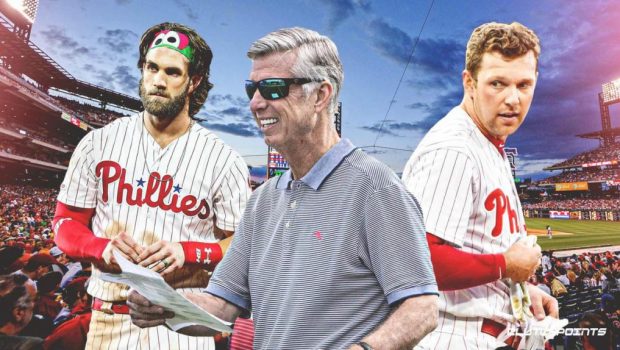 ‘NOT A CHANCE’ PHILS WILL LET DOMB GET AWAY, MIDDLETON SAYS!

Dave Dombrowski’s contract as the Phillies’ big boss runs through 2024, and it contains a special clause that would allow him to leave if offered a job with an expansion team in Nashville.

However, in the wake of the Phils’ run to the NL pennant, there is obvious interest in keeping him in Philadelphia for many years to come, and an extension looks to be in the works.

“There’s not a chance that we’ll let him get away,” managing partner John Middleton told USA Today’s Bob Nightengale.

Before Dombrowski finally agreed to speak with the Phillies in the 2020-21 offseason, Nightengale reports that the team had narrowed it search for a new front office boss down to Twins GM Thad Levine and former Orioles/Red Sox GM Dan Duquette.

Levine was known to be a top candidate at the time of the search, but Duquette wasn’t previously known to be on the Phillies’ radar at all. Since parting ways with the Orioles after the 2018 season, Duquette was linked to the Pirates’ GM search before Pittsburgh hired Ben Cherington.