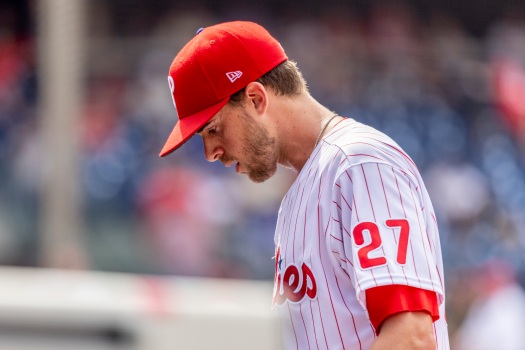 Aaron Nola gave up three runs in four-plus innings in a loss to the Astros in Game 4 of the World Series.

Nola was able to get through the first four innings unscathed, but the fifth was a different story.

All three runs scored after he left the inning, but he did load the bases while Jose Alvarado was unable to clean up his mess.

In two starts against Houston in the Fall Classic, Nola has given up nine runs in just 8 1/3 innings.

He pitched better than the line indicated in both outings, but the overall results have to be classified as disappointing. Nola has a good chance to pitch again at some point in this series, if necessary.