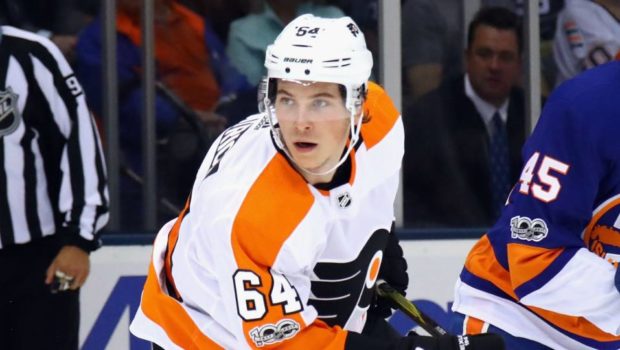 There was a surprise participant in yesterday Flyers Voorhees practice:

Nolan Patrick, who has been out since the beginning of training camp with a migraine disorder and hadn’t practiced with the Flyers since the end of October, when he was starting to do so in a non-contact jersey.

It appeared Patrick was possibly cleared for contact: he was wearing a white jersey, along with Michael Raffl, Connor Bunnaman and Nicolas Aube-Kubel.

“As far as I know, there are no medical updates,” Vignealt said about Patrick’s status. “My understanding, today I decided to make this a skill day and when Nolan found that it was just going to be skill, he wanted to go out and skate with the guys. That’s the extent of what happened today.

“It created a little buzz, though, eh?”

“I could not tell you,” Vigneault said. “All I know is I came here this morning, I decided we’re going to skate [Thursday] morning, said we’re going to do a skill day on the ice [today]. He found that out and decided to go and skate with the guys.”