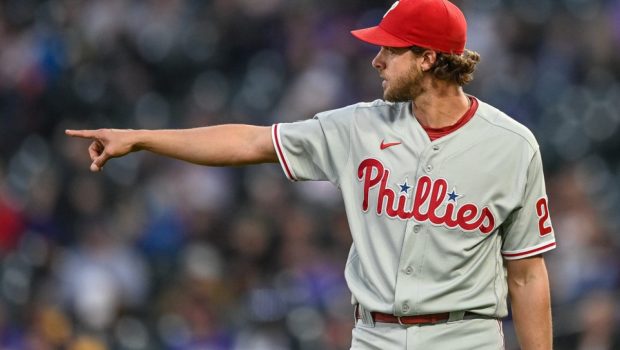 Aaron Nola was ripped for eight runs on 10 hits over four innings in the Phils 12-3 loss to the Diamondbacks.

Nola threw an 11-strikeout, complete game shutout against the Reds last time out.

Completely different story versus the Diamondbacks on Tuesday.

In the second inning, Nola surrendered five runs, capped by a two-run triple by Jake McCarthy.

He yielded a three-run homer to McCarthy in the fourth inning.