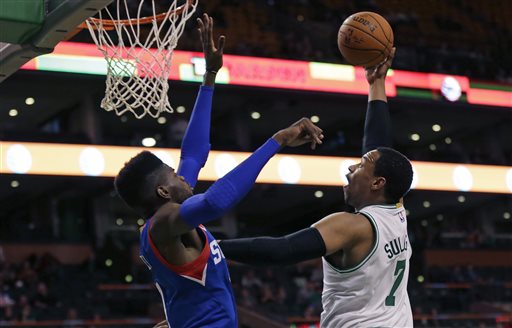 The Sixers host the Washington Wizards tonight at the Wells, and their injury list is shrinking.

Jahlil Okafor, on the other hand, will not play, though he practiced lightly with the team on Thursday. Still nursing soreness in his knee, Okafor missed Monday’s preseason game in New York as well as Tuesday and Wednesday’s practice sessions.

When asked if he was concerned about Okafor’s knee, Brown said no.

“Not really anything,” Brown said. “He has a sore knee and we see him coming around with the stuff we’re doing. But the short answer is none.”

When opening night rolls around in a couple of weeks, Okafor will be out there, Brown says. Kendall Marshall and Tony Wroten, however, will not. Both are recovering from ACL injuries, and according to Brown neither is close to returning to action. Wroten, Brown said, could be out until December.