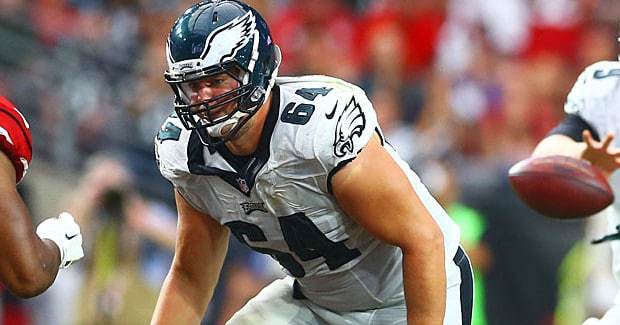 Matt Tobin, filling in for injured Jason Peters, is better suited for the interior where his lack of quickness is less exposed. Tobin gave up a critical sack on the team’s final drive.

It’s a good thing that the Eagles don’t have another game for 13 days — at Dallas on Nov. 8.

Because the offensive line, which has struggled to keep its head above water since training camp, needs to heal up in time for the second half push.

This past offseason, Eagles coach ChipKelly released both of his starting guards, All-Pro Evan Mathis and reliable veteran Todd Herremans; and he extended Andrew Gardner to fill one of the vacated spots, but a Lisfranc injury ended Gardner’s season before the start of October.

Those losses have put significant strain on the remaining linemen, some of which started only a handful of games or fewer in their careers.

That problem should only worsen if Jason Peters misses significant time with a back injury. Peters fell to the ground without contact during the first half of Sunday’s game, requiring a “laborious effort” to even sit up according to sideline reporter Michele Tafoya.

Peters is one of the league’s best left tackles and the Eagles’ top lineman. His replacement, Matt Tobin, is better suited for the interior where his lack of quickness is less exposed. Tobin gave up a critical sack on the team’s final drive.

Perhaps the Eagles can survive Peters missing a few games. However, they don’t have an obvious solution if the All-Pro can’t suit up for much more than that. 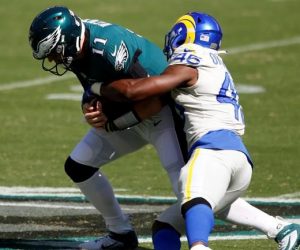 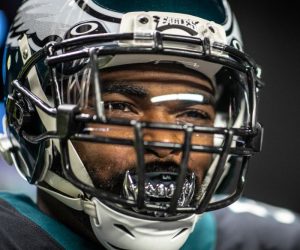 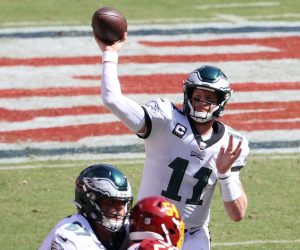