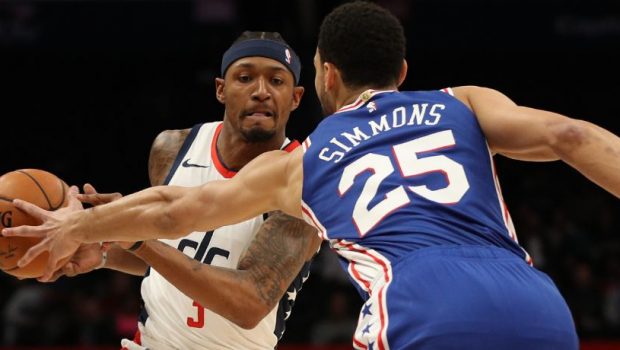 SIXERS HAVE TO KEEP MAXEY: HOW ABOUT THYBULLE IN BEN FOR BEAL?

The NBA trade deadline is only a week away.

Which means that the silly season has begun.

Trades that had no chance in hell of happening a month ago are given currency because of the ticking clock.

Which brings us to Sixers crybaby Ben Simmons, who has held out the entire season because he is not “mentally ready” to play basketball and has vowed to never again play for the Sixers.

So, Daryl Morey has the unenviable job of trying to move the overrated and overpaid Simmons, whom no team has seen play since last June 20, when he tanked in game 7 against the Hawks.

David Aldridge of The Athletic, a long-time NBA observer, has an informed update with Josh Robins:

Philadelphia has made no secret that the Wizards Bradley Beal is on its short list of players for whom it would trade disgruntled guard Ben Simmons, who has sat out all season.

But the 76ers won’t include an additional piece, such as exciting young guard Tyrese Maxey, along with Simmons in a potential trade for Beal, per league sources.