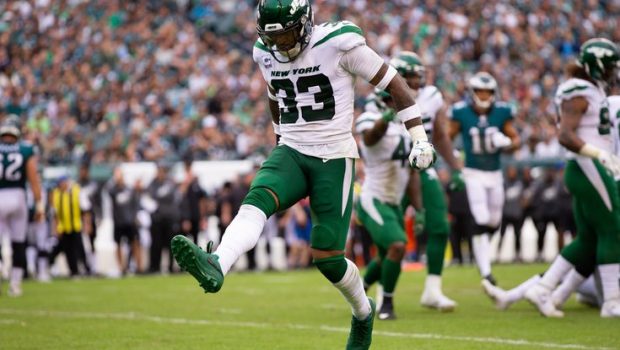 Says Danny Heifetz of The Ringer:

The Eagles need Adams as much as any team on this list except Dallas, their main competition for the NFC East title.

This offseason the Eagles front office ousted safety Malcolm Jenkins, who led the team in tackles for five of the past six seasons. Rather than replacing Jenkins, the team traded a third-rounder for Lions cornerback Darius Slay, made him the league’s highest-paid cornerback, and planned to move cornerback Jalen Mills to safety. But adding Slay while losing Jenkins doesn’t change the fact that Philly has lacked secondary depth for the last three seasons, including during their title run, when New England accrued a Super Bowl record 613 yards and did not punt. Adams would fit well in defensive coordinator Jim Schwartz’s system as a versatile chess piece that can play in multiple spots, which is something the Eagles desperately need.

But the Eagles, like the Ravens, aren’t likely to trade high picks to pay players big money, especially when they have already traded a middle-round pick to pay a player big money this offseason.

Philly is much happier bargain-bin hunting than adding a player like Adams for a first-rounder and possibly more.

Plus, Jets GM Joe Douglas came from the Philadelphia front office. That gives him a better relationship to make a trade with Eagles executive vice president Howie Roseman, but Roseman may be hesitant to hand out two big contracts to defensive backs acquired in the same offseason.