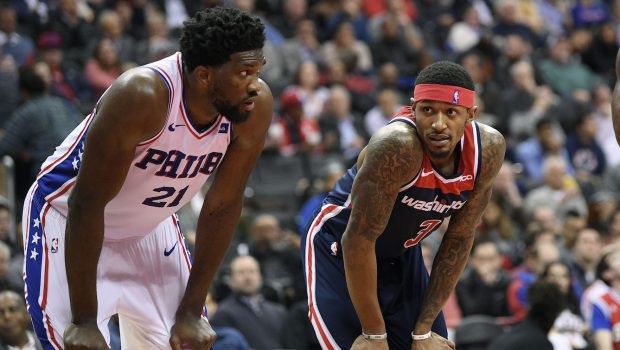 The dominoes are falling, and the clock is ticking for the Sixers, who have been trying to ditch crybaby Ben Simmons and get in return a starter who can carry them deep in this year’s playoffs.

Take Bradley Beal off the domino board, if there is such a thing.

ESPN’s Adrian Wojnarowski is reporting that Wizards guard Beal will miss the rest of the season due to surgery needed on his left wrist, according to Beal’s agent.

The Wizards earlier this month said Beal was diagnosed with an injury to the scapholunate ligament and would be re-evaluated in one week. That process revealed the need for surgery, confirmed to ESPN by Beal’s agent, Mark Bartelstein of Priority Sports.

Beal, a three-time All-Star, leads the Wizards with averages of 23.2 points and 6.6 assists per game this season. He is eligible to sign a five-year, $245 million contract with the Wizards this summer. Beal also has a $36.4 million player option on next season.

At 24-29, the Wizards are a game out of the postseason picture, one game behind the Atlanta Hawks, who own the 10th spot in the Eastern Conference.