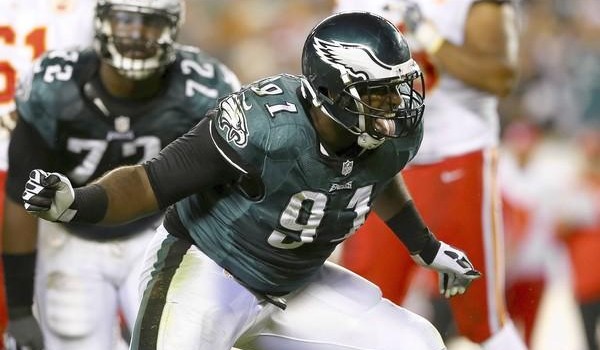 But the Birds expect him to be around when it matters.

Big Boss Howie Boy Roseman made it clear they weren’t looking to trade Cox, who is entering the option year of his rookie contract and would obviously prefer the security of a long-term deal.

Of course, now the issue becomes getting him a satisfactory deal, after spending so much money on so many others this offseason. Cox is due $7.799 million this year and they can always squat on him next year with the franchise tag, but Roseman said he’s thinking longer term than that.

“If we were playing the leverage game, I’d be more careful about my words, [about] calling him a great player, someone we want here for a long time,” Roseman said. “This is not where we’re trying to play a game. We’re trying to sign him, trying to extend him, trying to do something that all of us can feel real good about.

New coach Doug Pederson shrugged off Cox’s absence, saying it’s a voluntary program, which it only really is for those with the economic ability for it to be.