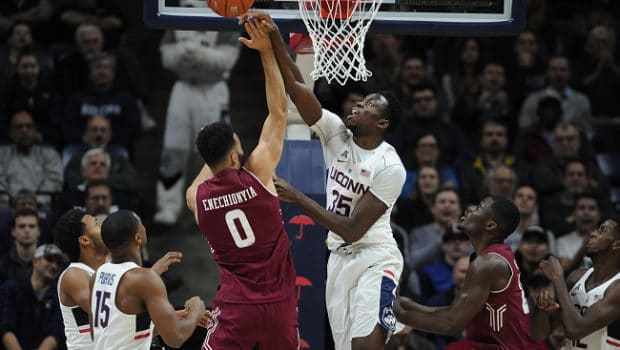 Kentan Facey scored a career-high 23 points and pulled down 10 rebounds last night to lead the Huskies to their second straight conference win, 73-59 over Temple.

The 6-10 Facey hit nine of his 11 shots. UConn’s 7-foot center, Amida Brimah, added 13 points and had six of the team’s nine blocked shots.

Guard Jalen Adams handled the outside, scoring 11 points, pulling down seven rebounds and dishing out 12 assists.

“We’ve got to shoot the ball better against this team, because you’re not going to get that many looks at the rim, because of Brimah,” said Temple coach Fran Dunphy.

The Huskies led by 11 at halftime and a jumper by Facey stretched that to 45-28 early in the second half.

Temple was able to cut that back to seven points before UConn responded. An alley-oop from Adams to Brimah pushed the lead back to 16 at 67-51 with 4 ½ minutes remaining and that deficit was too much for Temple to overcome.

Brimah had three blocks in the game’s first four minutes and UConn outscored Temple 10-2 in the paint early. But it was a 3-pointer from the right corner by Adams that gave the Huskies their first double-digit lead. That was part of a 9-0 run that made it 22-9.

A 7-0 run, capped by crowd roar-generating dunks from Facey and Rodney Purvis, gave the Huskies a 37-23 lead. A 3-pointer at the halftime buzzer from Temple’s Daniel Dingle (10 points, nine rebounds) cut it to 39-28. 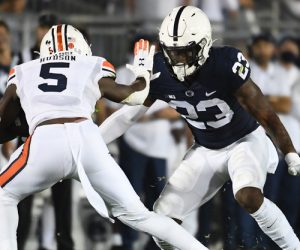