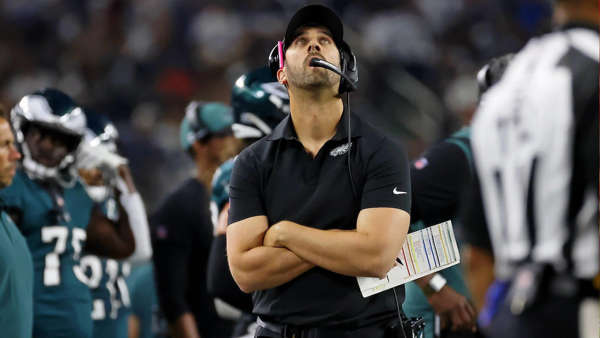 Losing to Tom Brady and the reigning Super Bowl champ Bucs is no disgrace.

But the Eagles having no running game and a pathetic run defense through six games is.

It’s also a mystery how and if these holes can be filled!

Rookie head coach Nick Sirianni looks befuddled on the sideline, and fans are turning on the Birds just over a month after the start of league play.

Turning it around is easier said than done.

Jalen Hurts needs the running game to be more effective — they need to run the ball just to keep Hurts from running for his life the whole game.

With 11 games left the Birds need to turn it around pronto, otherwise it could get nasty for the team in Midnight Green quickly!