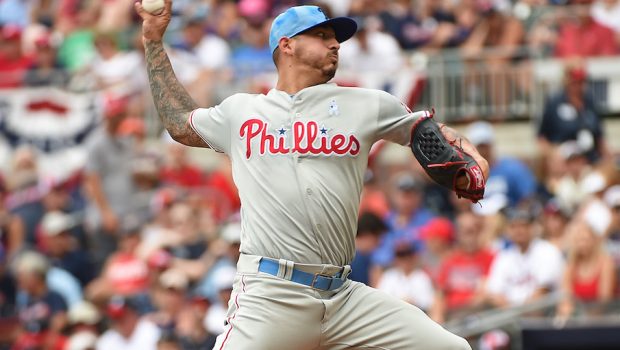 NO RELIEF IN SIGHT: WHEN WILL PHILS ADD A 5TH STARTER?

The sad state of the Phillies rotation came into stark relief yesterday in Atlanta.

They don’t have a fifth starter, so it was reliever-by-committee again.

And the results are in:

The Braves won the series to take a 2-1/2 game lead in the National League East. The Phillies lost for the 10th time in 16 games. They open a four-game series tonight against the Nationals in Washington.

“We have to be better every time through the rotation, there’s no question about it,” Phillies manager Gabe Kapler said. “We’re going to need to perform really well against teams like the Atlanta Braves. They are a deep lineup. We’ve obviously played them well overall in the year, but today’s effort wasn’t good enough.”