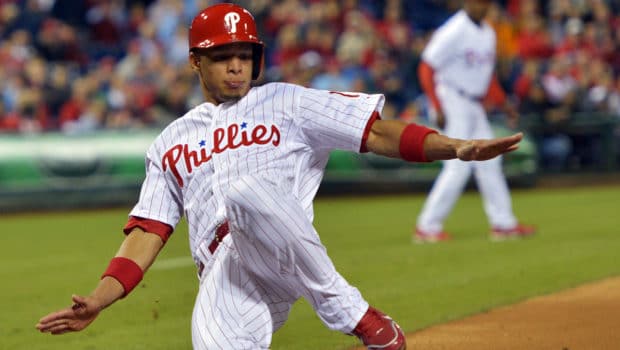 NO OFFENSE, PHILLIES —THIS IS GETTING RIDICULOUS!

But seriously, this is getting ridiculous!

It remains a mystery where the Phillies’ offense will come from each night.

The lone run last night was driven in by a Cesar Hernandez (above) triple. Hernandez was batting eighth only because Pete Mackanin was hoping “to change our luck” offensively.

In the past 33 games played at NL parks, Mackanin had hit the pitcher eighth in all but one. But Hernandez, in the eight hole, was the catalyst for the bottom third of the Phils’ order.

Three of the Phillies’ four hits came from their bottom three — two singles from David Lough on top of Hernandez’s triple.