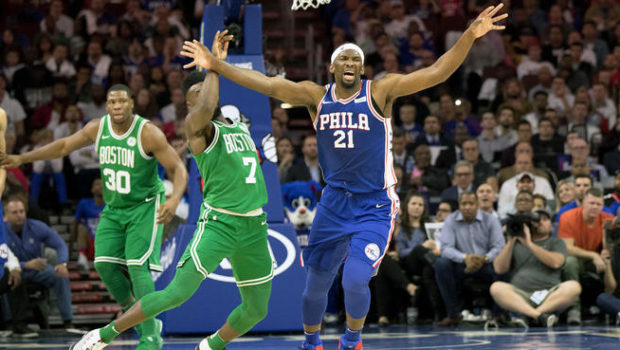 Embiid will not play tonight due to “load management” following his knee surgery last spring.

“He (Embiid) looked OK, but trying to grow his base and handle the practice that we just had accordingly where it sort of spread out amongst a few people, some for Joel’s concerns and some because we don’t want to wear Ben Simmons down,” coach Brett Simmons said yesterday.

As for Embiid, Brown was limited in what he could say about his time off.

“I follow the instruction of our medical people and there is completely a thought-out plan why this plan has been recommended,” Brown said. “If it requires more information, they will be the ones to explain why they decided to make this recommendation.”

That means Embiid will miss out on facing off against one of the best defensive centers in the NBA, the Jazz’s Rudy Gobert. To date, Embiid is one of four players in the league averaging 20 or more points and 10 or more rebounds a game (Karl-Anthony Towns, DeMarcus Cousins and Anthony Davis are the others).