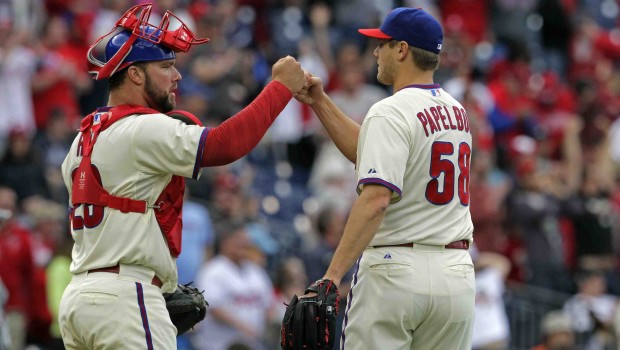 High-fives, fist bumps and hugs would be prohibited under the new Major League Baseball plan, as would spitting, tobacco use and chewing sunflower seeds.

Fielders would be “encouraged to retreat several steps away from the baserunner” between pitches. First- and third-base coaches are not to approach baserunners or umpires, and players should not socialize with opponents.

Major League Baseball’s ambitious return-to-play plans during the coronavirus pandemic include processing upward of 10,000 COVID-19 tests per week, overhauling stadiums and in-game settings to encourage social distancing, and rigorous rules intended to prevent against the spread of COVID-19, according to a draft of the league’s health-and-safety manual obtained by ESPN.

The document, which is missing multiple sections, will swell beyond its robust 67 pages when complete. In this form, it is still a highly detailed road map that would require a staggering amount of effort to complete before the league’s hopeful mid-June return to facilities and early-July Opening Day.

Even with the manual’s specificity, multiple officials who have seen it expressed to ESPN skepticism about the ability to implement it, especially in a short time frame. While its thoroughness in some areas is apparent, a number of questions are left unanswered — an issue that will be addressed as the league and Major League Baseball Players Association continue negotiating their own return-to-play deal and MLB solicits feedback on the protocol.

For now, it covers testing, travel, in-stadium adjustments, on-field changes and a wide array of other issues. Teams will be allowed to have 50 players each under the plan, with the number active for each game still being negotiated. Players and other team personnel not participating in the game would sit in the stands, separated by at least 6 feet. They would apply the same distancing standards to the national anthem.