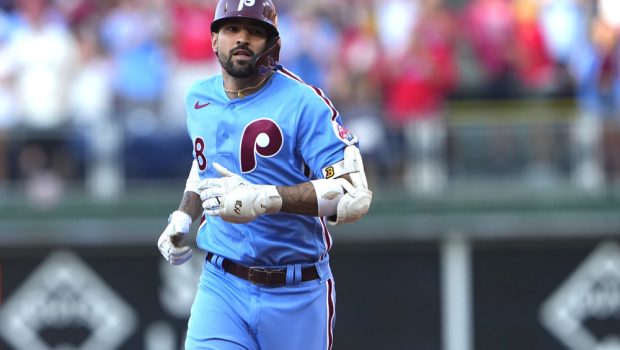 NO MINORS REHAB FOR PHILS CASTELLANOS, COULD BE BACK TUESDAY!

NBCSP’s Jim Salisdbury reports that manager Rob Thomson has recommended that Nick Castellanos get some at-bats in the minors before returning after three weeks out with an oblique.

“He’s done this a couple of times where he’s been hurt and really didn’t have a rehab stint and he’s performed fine, so I don’t know,” Thomson said.

Castellanos has been on the field several hours before game time the last few days doing outfield, base running and hitting drills. He saw high-velocity and breaking balls from a pitching machine Friday and, according to Thomson, will do so again today.

“We’ll see how he feels and then we’ll figure it out,” said Thomson, referring to whether Castellanos would get some at-bats in the minors before returning to the lineup or not.

Rob Thomson said Nick Castellanos will not go on a minor league rehab assignment. Mutual decision. Thomson hopes to have him back during Cubs series