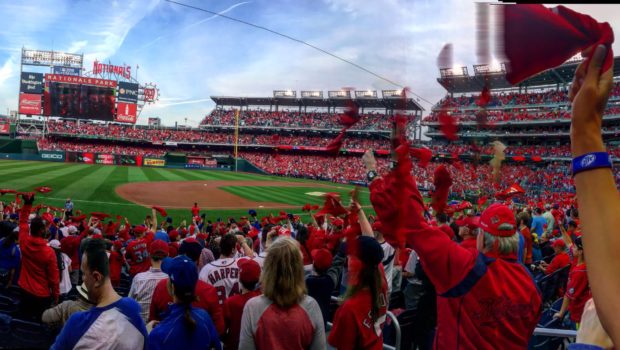 NO JOY IN NAT-VILLE: HOW WASHINGTON CHOKED IT AWAY AGAIN!

Once again, the Washington Nationals choked it away!

They had everything in their favor — a howling sellout home crowd behind them, their 20-win ace Max Scherzer on the mound and the Dodgers reduced to a “staff game” with all pitching hands on deck. Yet, in the end, those doubts came to the fore again.

For these Nats, the face of doubt, the gradual loss of confidence that you will pull a game and a season out of the fire, will not just be Clayton Kershaw but Dodgers right-hander Kenley Jansen, for whom the job description “closer” will forever be a misnomer.

Usually, the 270-pound flame thrower enters to get three outs in the ninth. Sometimes, in dire circumstances, one or two more outs. The most pitches he has ever thrown in a game was 42 five years ago.

And he got seven of those outs. By facing the entire Washington batting order once, then facing the first three hitters again in the ninth inning.

This time the dishonors go to Joc Pederson, whose solo homer tied the score at 1 on the first pitch of the seventh inning and knocked Scherzer out of the game after a distinguished six innings, and ancient ex-Phillie Carlos Ruiz, whose pinch-hit single off Blake Treinen provided the winning L.A. run.

This game will leave burning images of disappointment in a season when, just three days ago, the Nats had two chances for a win to reach the NL Championship Series and failed both times.