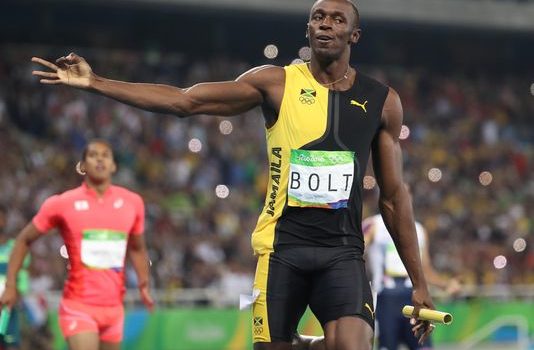 He told his Jamaica teammates he would “beat them up” if they failed to help him achieve his career target of nine Olympic golds.

Jamiaca won in 37.27 seconds, with Japan in second and Canada third after the United States was disqualified for an exchange zone infraction.

“I told the guys if it didn’t happen tonight I would beat them up,” said Bolt, who now calls time on his Olympic career having won golds in the 100, 200 and relay at three consecutive Games.