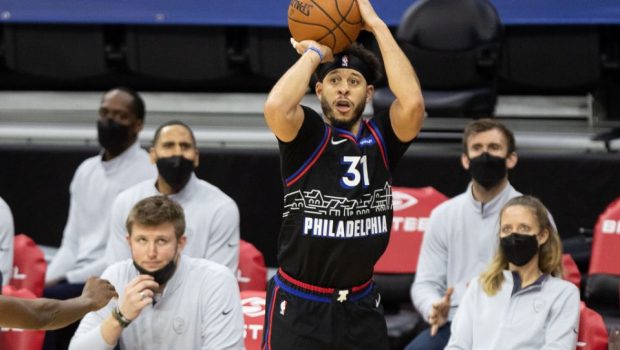 NO JOJO, SO SETH CURRY’S MOJO LIFTS THE SIXERS!

The Sixers played a low-energy first half and trailed the Knicks 56-48.

“I was really frustrated in the first half,” Rivers said. “Those first five possessions of the game, I think they had four uncontested shots with us standing there. We couldn’t get open, they got up into our bodies, and we just thought we would casually come to the ball. Everybody tried to make individual plays. I wasn’t real happy at halftime, I can tell you that.”

“We made some adjustments throughout the game, it’s a 48-minute game,” said Curry. “You make adjustments to their style of play. They play differently than anybody in the league, they kind of muck up the game, just play real physical. They pressure a lot so we just had to adjust to that and we were able to figure it out.”