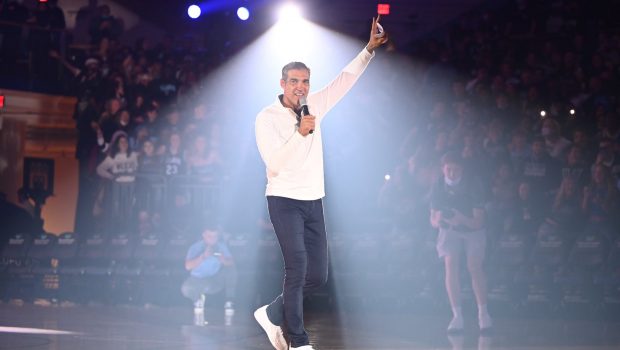 NO, JAY WRIGHT ISN’T TOO GOOD FOR COLLEGE HOOPS OR THE NBA!

The Inky is a terrible newspaper.

Has been since Gene Roberts walked away with 18 Pulitzers in 1990.

It’s been a downhill march ever since.

In print and online.

Even when Marcus Hayes writes a sweet send-off to retiring Nova coach Jay Wright, some witless hack on the copy desk or content desk fucks it up with a headline like this:

Jay Wright is too good for college basketball, and the NBA

That’s a joke, it should be in the Onion.

The reality is that after winning two NCAA titles and making four Final Fours in 21 seasons, Wright walked away.

It happens to 60-year-olds, which I hope the fool who wrote that headline is doing something else in life when he reaches that golden era!