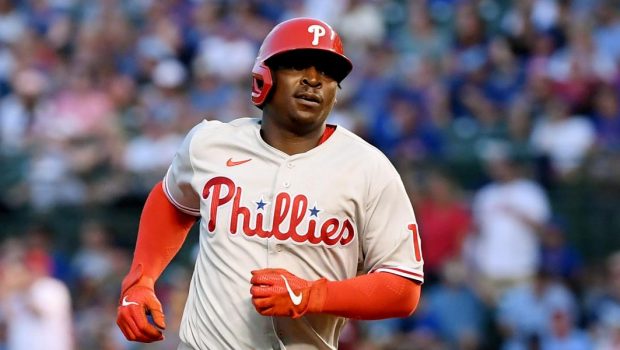 NO GUARANTEES DREADFUL DIDI WILL BE BACK, PHILS BOSS SAYS!

Phils big boss Dave Dombrowski showed his face and shared his thoughts yesterday for the first time since the meltdown last week in Atlanta resulted in yet another missed postseason, their 10th straight since they last made it in 2011:

One potential position at which the Phils could look to upgrade is shortstop, where Didi Gregorius struggled to a .209/.270/.370 line over 408 plate appearances.

When asked whether Gregorius would return as the club’s top shortstop option, Dombrowski was noncommittal.

“It very well could be him. But he knows, we’ve had a discussion with him that he needs to be better. And we’re in a position where we also are going to be open-minded to what’s going to take place at shortstop next year. It could be internal, could be him if he comes back. …. Maybe it is him. He’ll come in (next season) in shape, but he’s not guaranteed — and he’s been told — that he’s for sure the shortstop. It doesn’t mean he can’t play other positions for us too, and maybe we’ll have a DH that’ll be a part of our club too.”

Gregorius is guaranteed $14.5 million next season under the terms of last winter’s two-year free agent deal. In addition to his offensive struggles, Gregorius rated as eleven runs below average by measure of Defensive Runs Saved. Dombrowski alluded to the 31-year-old’s issues with the glove, a microcosm of a team-wide issue for the Phils throughout the past few seasons.