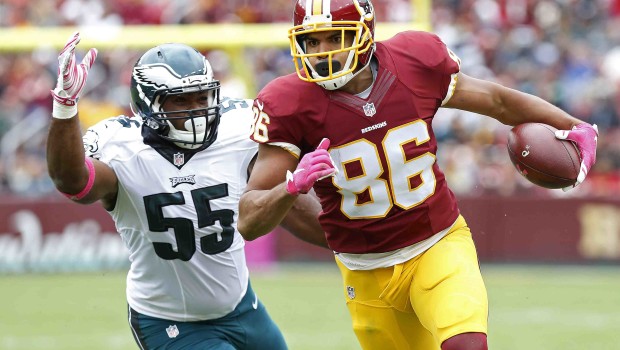 NO EAGLES! NO BIGGIE! HERE’S YOUR WEEK 10 FANTASY CHEAT SHEET!

Reed did some work at practice yesterday, but it’s too early to tell if he will suit up with Washington in Week 10. Let’s be honest, says the Washington Post: Reed has been a fantasy disappointment. He’s played in six games and his best outing is a 64-yard performance with two scores on Oct. 23. Given where Reed likely was taken on draft day, his poor play and absences from the lineup likely have soured many an owner’s prospects. He’s now falling into the Gronkowski zone come draft day; take him if you want, but proceed with caution. If he can’t play Sunday, the Redskins will rely on Vernon Davis: