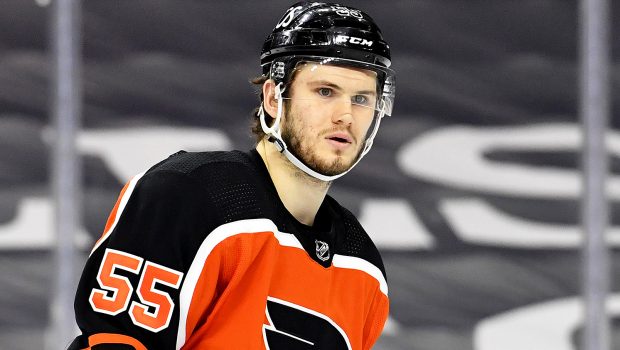 The Flyers have signed defenseman Samuel Morin to a one-year contract extension with an AAV of $750,000.

Despite being limited to 20 games, he ranked third on the team in penalty minutes (37) and recorded 38 hits.

He has spent parts of the last five seasons with the Flyers organization, appearing in 29 games with one goal and 45 penalty minutes.

He has also appeared in 177 regular season games for the Flyers’ AHL affiliate, the Lehigh Valley Phantoms, where he has posted 44 points (8g-36a) to go along with 289 penalty minutes.

Internationally, Morin has helped Team Canada win gold medals at both the IIHF World U-18 Championships (2013), and the World Junior Championship (2015).