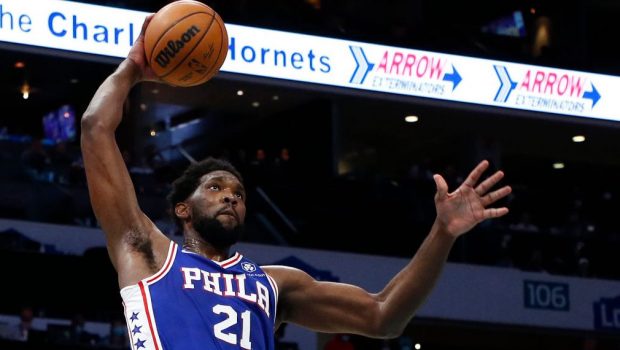 NO BIGGIE, SIXERS JOJO SAYS ABOUT PAIN AND BREATHING ISSUES

Sixers center Joel Embiid said that he “starting not breathing right” during last night’s loss to the Jazz, though he did continue playing to finish with 19 points in 30 minutes.

“In the first quarter, I thought it was a cramp,” Embiid said.

“As the game went on, I started not breathing right so I needed to check it out.”

He downplayed the severity and “said that he didn’t think it would be an issue,” but we still don’t know what caused the issue — the Sixers have termed it “right abdominal pain.”