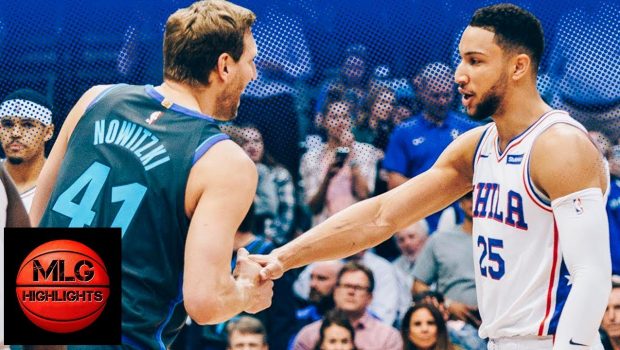 Justin Jackson scored 24 points, Salah Mejri added 16 points and 14 rebounds, and the Mavericks took advantage of a short-handed Sixers lineup in a 122-102 victory.

Playing without starters Joel Embiid and Jimmy Butler, the Sixers went more than 10 minutes without a field goal spanning the second and third quarters. Dallas took advantage to build a 20-point lead early in the third and protected it from there.

Jackson scored 16 of his 24 in the third quarter, including nine of his team’s final 11, in keeping the Sixers from making a run. Philly got no closer than 11 in the second half.

That led the crowd to call for Dirk Nowitzki, who has five games remaining, three at home, in what is expected to be his final season. Team owner Mark Cuban made perhaps the most definitive statement about the 21-year veteran’s future before the game, referring to a pending celebration at the Mavs’ final home game on April 9.

Nowitzki, who hasn’t announced any decisions about his future, scored seven points in 17 minutes on the second night of a back-to-back. He said he never gave a thought to coming back in despite the crowd’s pleas.

“I shut it down early,” Nowitzki said. “It was a still a nice moment, but I didn’t have it today.”

Nowitzki’s highlight was a 3-pointer that spun around the rim, popped up and then fell through the hoop to give the Mavs a 68-50 halftime lead.

The Sixers missed their final 14 shots spanning the last 8:22 of the first half. Dallas closed the half on a 28-8 run, capped by Nowitzki’s 3.

Playing without Embiid (load management) and Butler (back tightness), Philly leaned heavily on its three other regular starters. J.J. Redick had 26 points, while Tobias Harris added 25 and Ben Simmons 17.

“When they made their big punch at the end of the second quarter, we didn’t punch back,” Harris said.