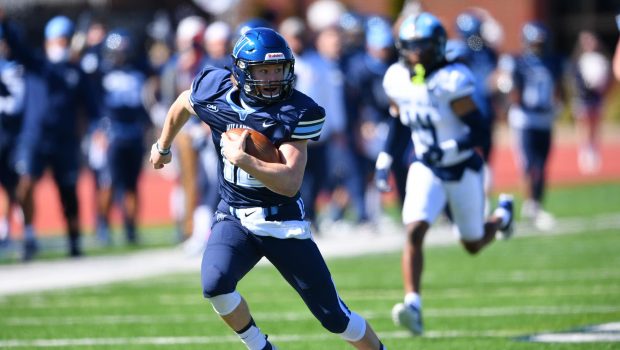 NO. 4 NOVA PICKED OFF BY WILLIAM & MARY!

Bronson Yoder ran for 106 yards and a touchdown and William & Mary picked off four passes, leading to a 31-18 win over Villanova.

The Wildcats, ranked fourth in the FCS coaches poll, were held well below their 34.6 scoring average and allowed more than double their 15.4 average — both numbers second in the Colonial Athletic Association.

Behind Yoder, who scored on a direct snap, William & Mary (6-2, 4-1) had 258 yards on the ground. Malachi Imoh, quarterback Darius Wilson and JT Mayo all scored rushing touchdowns.

Daniel Smith threw for one score and ran for another, and the Wildcats (6-2, 4-1), whose only other loss was to Penn State, had 291 yards but 154 came on two fourth-quarter scoring drives after William & Mary took a 31-3 lead.