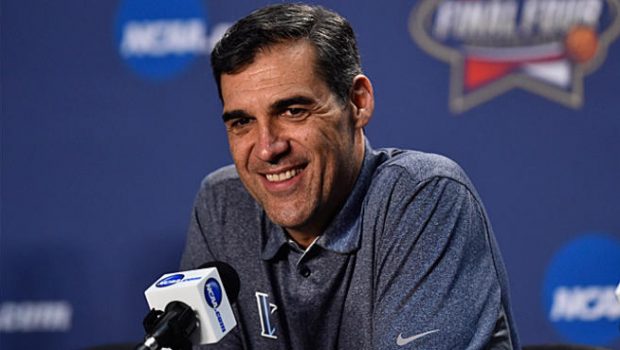 NO. 3 NOVA’S SETON HALL GAME TUESDAY IS FIRST IN A MONTH!

When No. 3 Villanova takes the court at the Finn tomorrow night against Seton Hall, it will have been 27 night since the Cats last played because of three pandemic pauses.

Villanova finally returned to practice last Thursday, though only eight players were available.

“I’m the happiest guy in the world today,” said Villanova coach Jay Wright after practice. “It was just a thrill to be back on the court today.”

Wright previously tested positive for COVID-19 and was in quarantine along with two players.

Wright said that despite the layoff, the team looked solid in its first practice since the third pause.

Villanova had four conference games postponed and Wright is realistic in that he doesn’t quite know what to expect from his team. But he remains impressed with their enthusiasm.

“No matter what we do this season, that’s going to stick with me as much as if we win any games or anything,” Wright said. “It’s just incredible how they remain mentally tough through this and resilient.”

Last Saturday’s Seton-Hall-Xavier game was postponed due to COVID-19 issues with the Musketeers.

The Pirates enter this tough matchup at 9-5 overall and 6-2 in the Big East. They have won eight of their last 10 thanks in large part to the stellar play of Sandro Mamukelashvili, who’s averaging 18.1 points, 6.9 rebounds and 3.2 assists per game.

Still, wins have been far from easy for Seton Hall, which pulled away from DePaul despite not making a field goal for nearly the final nine minutes.

“Sometimes, it’s not going to be pretty, especially on the road,” Seton Hall coach Kevin Willard said. “Just proud of the guys and how they battled through and got a good W.”

In the win over DePaul, Tyrese Samuel had one of his strongest games of the season with 10 points and seven rebounds on 5 of 7 shooting.

“Tyrese continues to get better and better, more comfortable out there,” Willard said. “Playing with Sandro, it gives us two (frontcourt) guys who are very skilled.”

The Pirates have earned impressive road wins against Penn State, Marquette and Xavier thus far this season. But this game against the Wildcats will clearly be the toughest test yet.

“I think we’re in a good spot,” Willard said. “I just want to make sure we’re rested, we’re healthy.”