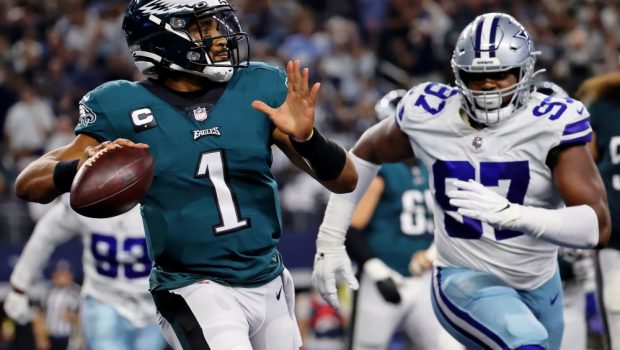 The Eagles bandwagon continues to roll toward Super Bowl 57 in Glendale, Arizona, on Feb. 12.

Here’s what The Athletic thinks:

The stakes at this point for the Eagles are clear: No. 1 seed or bust.

They hold a one-game edge over the Vikings with a tiebreaker in hand thanks to their head-to-head victory.

The Cowboys loom two games behind, with all eyes on the Dec. 24 showdown in Arlington, Texas.

The difference between the prospect of having to win two home games to make the Super Bowl instead of potentially having to win three straight road games is obvious.

Win on the road against Dallas and Philadelphia might be in position to really take it easy on its veteran starters down the stretch. Right now, Mock projects the Eagles with a 78.9 percent chance of earning the NFC’s bye.