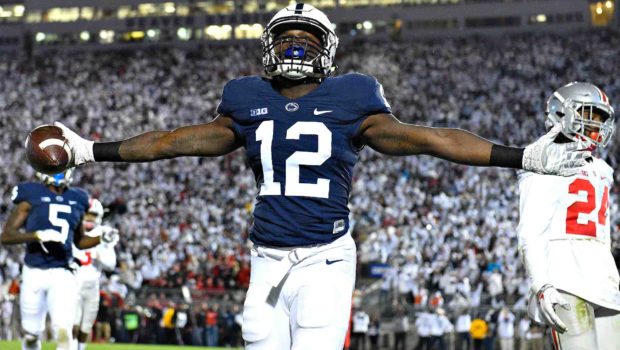 NITS NEED BUCKS TO BEAT RINES BEFORE THEY PLAY SPARTANS!

Here is a brief summary of what’s on the line today when:

Around the time this clash in State College kicks off, matters in Columbus between Ohio State and Michigan will be just about settled and the Nittany Lions will have an idea whether they are still playing for the Big Ten East championship.

Their followers will be rooting hard for the Buckeyes during the pregame period, but OSU’s faithful will be pulling just as hard for the Spartans if their team should prevail in the earlier tilt.

The inspired performance of the Spartans’ defense a week ago, particularly with senior LB Riley Bullough heathy again, is the biggest reason to suspect PSU could be in for a battle.

The Nittany Lions’ offensive line has been somewhat banged up, so they’d like to establish a rhythm quickly to allow RB Saquon Barkley and QB Trace McSorley to operate.

The Spartans’ passing game has been spotty at best all season, so their best chance to move the ball with regularity will be in the hands of RB LJ Scott.