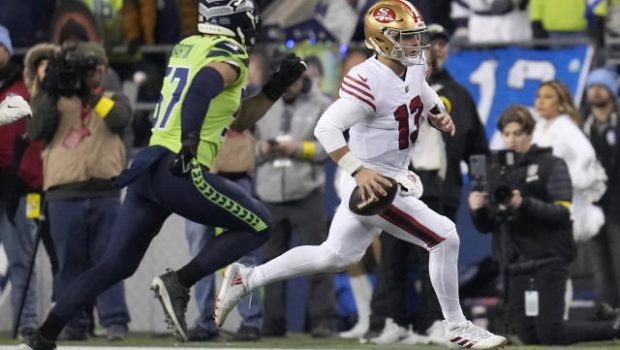 The Niners win over the Seahawks last night made them NFC West champions.

They’re very unlikely to catch the Eagles for the No. 1 seed, or to fall behind the Buccaneers for the No. 4 seed, so the only real question is whether they’ll finish ahead of the Vikings for the No. 2 seed.

Here’s how the NFC playoff picture looks after Thursday night:

1. Eagles (12-1) Hard to envision a scenario where the road to the Super Bowl doesn’t go through Philadelphia.

3. 49ers (10-4) Even down to third-string quarterback Brock Purdy, the 49ers look like contenders.

5. Cowboys (10-3) Unlikely to catch the Eagles in the division, which means they’ll probably have to win three road games to reach the Super Bowl.

6. Commanders (7-5-1) Currently have the tiebreaker over the Giants based on a better record within the NFC East.