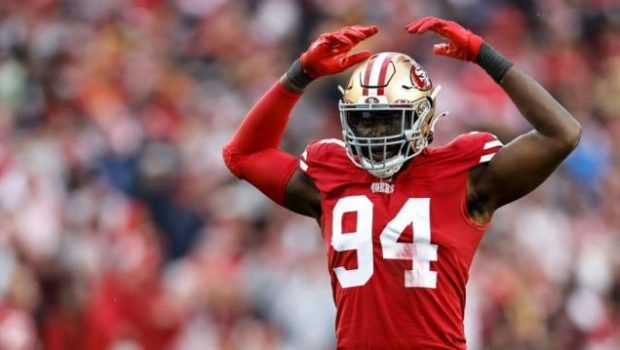 There are only five days before they play the Eagles in the NFC title game at the Linc.

And now the Niners have a major off-the-field distraction.

Police reportedly were called to Omenihu’s home at 4:39 p.m. local time. A woman told the responding officers that Omenihu is her boyfriend, and that he “pushed her to the ground during an argument.”

She complained of arm pain, but there were no visible physical injuries observed. She declined medical treatment.

He had two sacks and a forced fumble in the wild-card win over the Seahawks.

The situation wouldn’t result in a league-imposed suspension until after the criminal case is concluded, at the earliest. It’s also unlikely that Omenihu would be placed on paid leave.

Whether the team decides not to activate him for the NFC Championship game is a different matter.