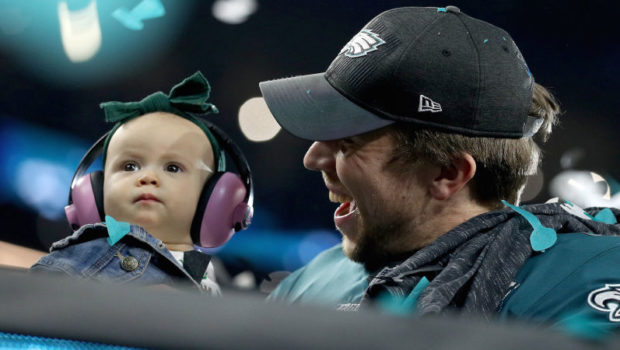 NINE MONTHS SINCE EAGLES SUPER BOWL: BABIES ON THEIR WAY!

Nine months after Nick Foles, Doug Pederson and the underdogs of 2017 topped Tom Brady, Bill Belichick and the New England Patriots in Super Bowl LII to give the Eagles their first Lombardi Trophy, Philly hospitals are reporting “something of a baby boom,” as 6 ABC’s Action News reported this week:

About nine months ago, the Philadelphia Eagles won the big game, and people flooded the streets to celebrate. But it seems many couples continued the celebration at home. Now, many are welcoming what nurses call the “Super Bowl babies!”

Nurses in the baby unit at Lower Merion’s Lankenau Hospital were even “told to expect a surge of deliveries,” according to CBS Philly.