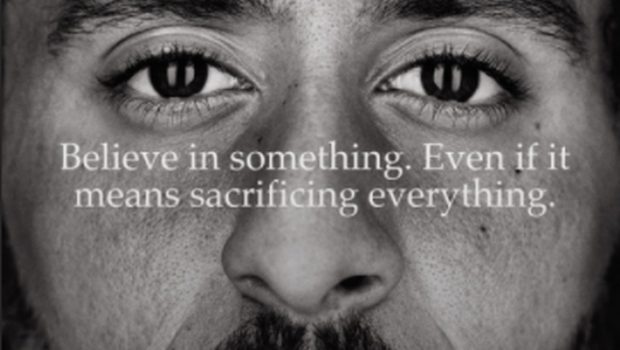 Nearly a month after Colin Kaepernick was revealed as the face of Nike’s groundbreaking new advertising campaign, the unveiling video has garnered more than 80 million views on Twitter, Instagram and YouTube.

The ads have sent Kaepernick into a new realm of celebrity, quickly becoming among the most talked-about and successful campaigns in recent years. And they have allowed Nike, which has a history of provocative marketing campaigns, to capitalize on the so-called Resistance movement in a way it only recently realized it could.

They are also yet another vehicle for Kaepernick to raise his own profile as a sort of civil rights entrepreneur unlike anyone before has, certainly in sports. He has signed deals to write a book — which is set to be published next year and will be accompanied by a speaking tour — and to develop a comedy series.

But it almost didn’t happen. In the summer of 2017, a debate raged in Nike’s headquarters in Beaverton, Ore., over whether to cut loose the controversial, unemployed quarterback — and the company very nearly did, according to two individuals with knowledge of the discussions who requested anonymity because of nondisclosure agreements each has with Nike.

When the company did decide to embrace the former San Francisco 49ers quarterback, it risked angering the National Football League, a Nike partner since 2012, but the company ultimately decided it was a risk worth taking, given the credibility the company would gain with the young, urban market it has long targeted:

0 thoughts on “NIKE ALMOST DUMPED KAEP BEFORE MAKING HIM A VIRAL VIDEO STAR!”