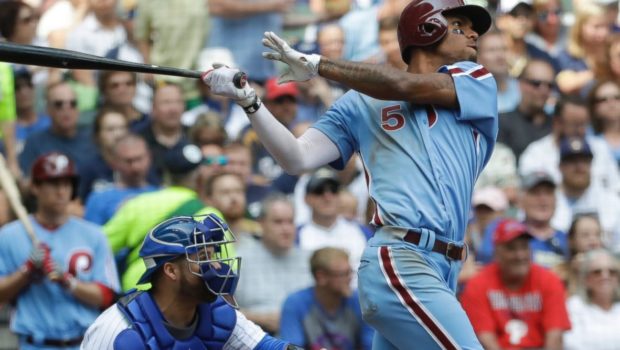 Nick Williams hit his first career grand slam, powering the Phillies to a 5-2 win over the Brewers.

Williams capitalized at Miller Park after the Phillies opened the sixth with three straight singles off Rob Scahill (1-3).

Four Phillies relievers combined to shut out the Brewers’ potent lineup over the final four innings, getting out of jams in the eighth and ninth when the Brewers put the tying run at the plate.

Closer Hector Neris opened the ninth by allowing two singles before retiring the next three hitters for his eighth save, capped by slugger Eric Thames’ game-ending popout.