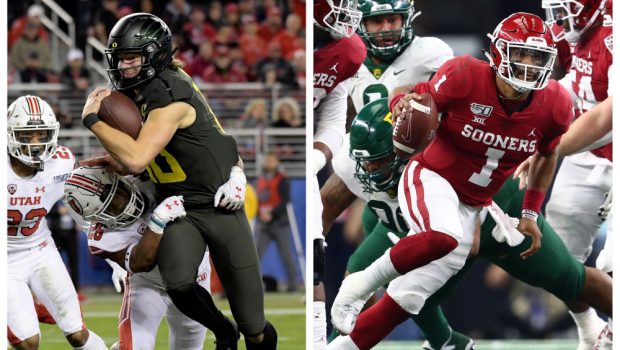 That’s his job — pump up a young QB’s psyche so that things start smoothly this season.

Sirianni saw the progress Herbert made in 2020, convincing him Steichen can do the same with the Birds.

“We saw that with Herbert, how he was able to take a young quarterback who has never played a snap in the NFL and turn him into the rookie of the year. He just has so much passion, especially when he’s taking about that position. As we all know, it’s the most important position in all of sports.

“To have his expertise in that area, it will be huge for this football team.”

Sirianni doesn’t just have Steichen, who coached with him with the Los Angeles Chargers from 2013 to 2017, on his staff to help a young quarterback. He also was able to bring in Brian Johnson from the University of Florida as the team’s new quarterbacks’ coach, who has an impressive track record with signal callers despite never having coached in the NFL.

“You saw what he did with that offense at Florida. Super impressive,” Sirianni said. “He brings so many good ideas. He brings an element of the college game that all of us have.”

Johnson doesn’t have a connection to Sirianni, but Hurts. He has known the Eagles quarterback since Hurts was four and even tried to recruit Hurts when he was the quarterbacks coach at Mississippi State.

Sirianni is confident both Steichen and Johnson can develop any young quarterback the Eagles bring in, but it’s a strong sign for Hurts’ future if he’s the unquestioned starter in 2021 or not.