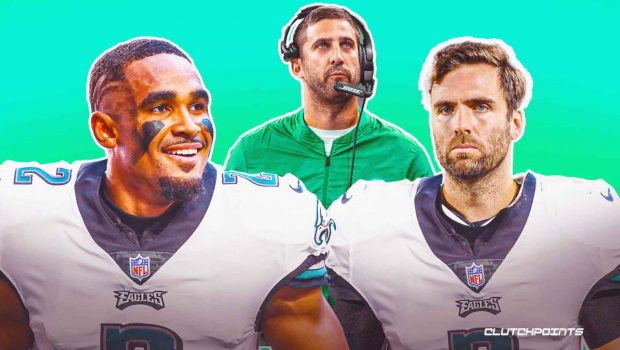 Eagles rookies are due to show up Friday for their first drills at NovaCare.

Vets have decided to stay away because of COVID until mandatory cap starts June 8.

So, we are left to fend for ourselves on speculation until then.

Where do you put a team that has such unknowns at head coach (Nick Sirianni) and quarterback (Jalen Hurts)?

The Eagles were the third-most injured team last year. That’s reflective of some bad luck, but also trotting out an aging roster. With better injury luck in 2021, the Eagles — on paper, at least — look solid on both lines of scrimmage.

And DeVonta Smith has more juice than any Eagles draft pick in recent memory.

If either Hurts or Sirianni exceeds expectations, the Eagles can be a competitive team in the NFC East.

Then again, it would be no surprise to see them finish in last place for the second consecutive year.