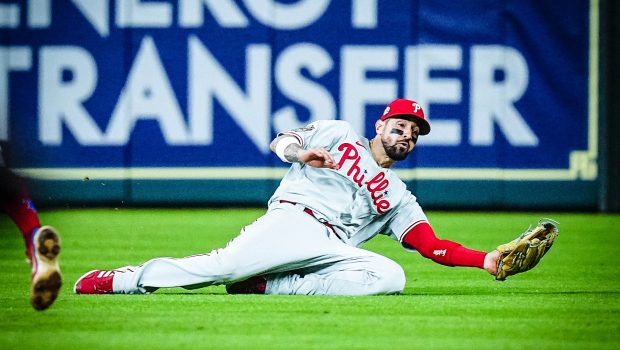 NICK HAS SUCKED IN SERIES — HIS WIFE, MOM THINK FANS DO TOO!

Nick Castellanos hasn’t lived up to this $100 million five-year contract with the Phils.

And Phils fans have let him have it, even, taking out their frustration on members of Castellanos’ family including his mother, Michelle, who had this to say after being heckled Thursday night.

Castellanos’ wife, Jess, was similarly disgusted, lamenting the hostility displayed by fans on a night that saw the Phillies squander countless opportunities, stranding 12 base-runners while hitting a combined 1-for-7 with runners in scoring position.