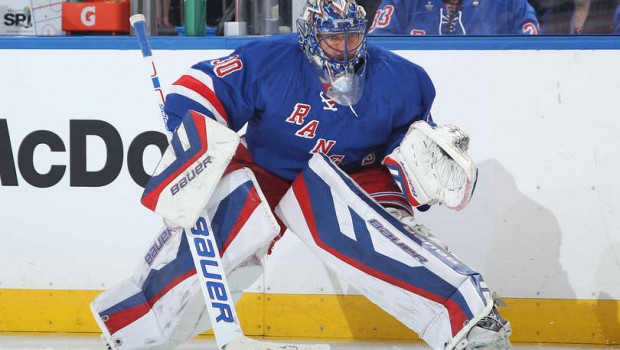 NHL: RANGERS SHAKE DOWN THE THUNDER 2-1 IN GAME 1

Dominic Moore broke a tie with 2:25 remaining to give the New York Rangers a 2-1 win against the Tampa Bay Lightning in Game 1 of the Eastern Conference final Saturday at Madison Square Garden.

Derek Stepan scored and Henrik Lundqvist (above) made 23 saves for the Rangers, who have won their past four games after trailing 3-1 to the Washington Capitals in the second round.