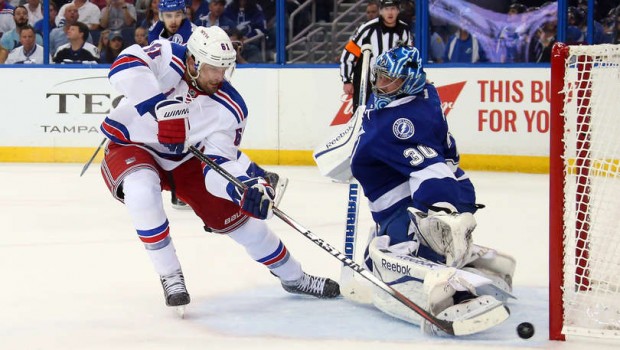 NHL: RANGERS EVEN SERIES WITH 5-1 VICTORY OVER LIGHTNING

Henrik Lundqvist made 38 saves, and Rick Nash (above) scored twice to help the New York Rangers defeat the Tampa Bay Lightning 5-1 in Game 4 of the Eastern Conference Final in Tampa on Friday.

Martin St. Louis ended a long scoring drought with his first goal of the 2015 Stanley Cup Playoffs, Keith Yandle had a goal and two assists, Chris Kreider scored, and Kevin Klein had two assists for the Rangers, who tied the best-of-7 series 2-2.