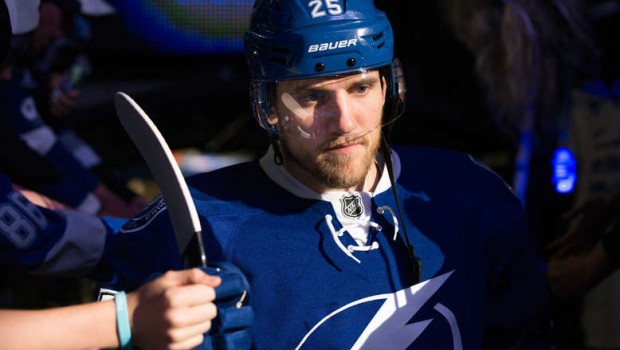 NHL: SO MUCH FOR TIGHT-CHECKING — LIGHTNING BEAT RANGERS 6-5

Former Flyers Matt Carle was ready for the Rangers.

Nikita Kucherov scored 3:33 into overtime to give the Tampa Bay Lightning a 6-5 win against the Rangers in Game 3 of the Eastern Conference Final at Amalie Arena.

Kucherov, who has seven goals in the Stanley Cup Playoffs, skated into the zone, made a move against Ryan McDonagh and sent a wrist shot past Henrik Lundqvist from between the circles to give the Lightning a 2-1 lead in the best-of-7 series.