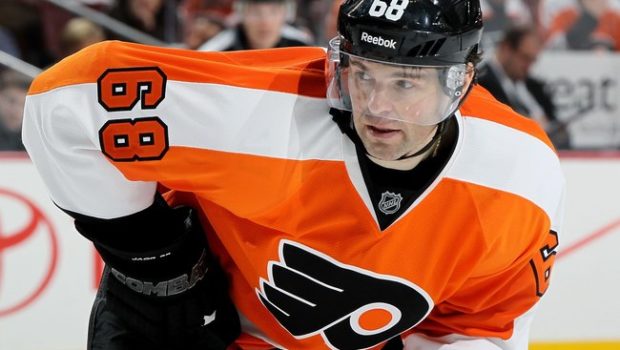 Free agent defenseman Francois Beauchemin, 37, signed with the Anaheim Ducks yesterday, but with training camp starting in less than a month, there are plenty of other veterans still unsigned:

Right wing Jaromir Jagr, 45: Despite Jagr’s age, he can still provide a spark for a team looking for more offense. He registered 16 goals and 46 points last season with the Florida Panthers, and he is still modern marvel when it comes to protecting the puck and making plays in the offensive zone.

Right wing Shane Doan, 40: He is known as one of the classiest players in the NHL. Doan can still be a leader, while adding grit and perhaps 15 goals to a team. He is also considering retirement.

Right wing Jarome Iginla, 40: After being traded to the Los Angeles Kings last season, Iginla had six goals in 19 games. That’s a 25-goal pace. Like Doan, Iginla can contribute leadership and tenacity.

Right wing Brian Gionta, 38: If he doesn’t sign before the season starts, there’s been some speculation that he could be wooed to play for the U.S. Olympic team.