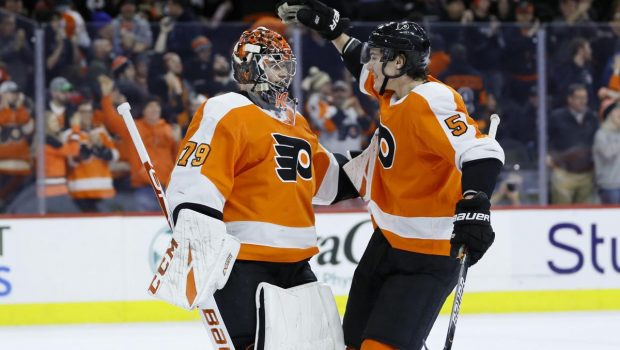 The Flyers and the rest of the National Hockey League may be starting workouts next week, but, according to Canada’s TSN, if the 2019-20 season does return this summer, it won’t be any time soon.

According to TSN Hockey Insider Pierre LeBrun, the National Hockey League Players’ Association confirmed yesterday that Phase 3 — or training camp — will not begin until at least July 10. That means if players get between three and four weeks in camp as expected, teams would not return to playing games until August at the earliest.

LeBrun adds there is still no exact date for when training camps might open, only that it won’t be before July 10. The league said earlier this week they were expected to begin sometime in the first half of July.

On Tuesday, the NHL approved a Return to Play format that will see 24 of the league’s 31 teams jump back into action this summer if deemed safe.

Play is scheduled to return to two hub cities, which the NHL is currently in the midst of determining. TSN Senior Hockey Reporter Frank Seravalli tweeted on Tuesday that Las Vegas was one of the clear frontrunners to host a potential summer restart. Edmonton has also been vocal about their desire to be a host city, though a law mandating self-isolation for 14 days upon entry to Canada could complicate things. The NHL said Tuesday they plan to make a decision on hub cities in approximately three weeks.

The NHL is still waiting on Phase 2 to begin, which will allow players to participate in small group workouts at team facilities.

The league paused its season on March 12, one day after the NBA halted their season once it was revealed Rudy Gobert of the Utah Jazz tested positive for COVID-19.