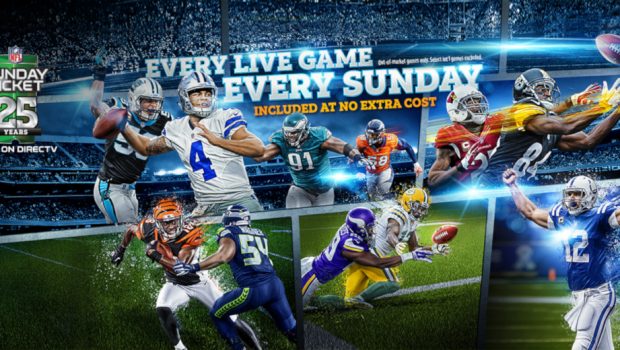 NFL’S SUNDAY TICKET MAY SOON BE STREAMING ON APPLE OR AMAZON!

The NFL wants to sell of a portion of its media conglomerate, including a very lucrative property, Sunday Ticket.

That puts the likes of Amazon and Apple directly in play. If buying a piece of NFL Network includes wresting from DirecTV the streaming side of Sunday Ticket, it makes sense for either or both of those streaming conglomerates to come to the table with bags full of cash.

NFL Network, which debuted nearly 18 years ago, never has developed that traction that the league expected. In the early days, the league struggled to get its desired fees for the in-house TV content machine. That’s why the league embarked in 2006 on Thursday Night Football; it gave NFL Network something far more significant and valuable than NFL Films content, studio shows, and/or the re-airing of games.

When the NFL turned TNF into a broadcast-network property, with CBS, NBC, and FOX each doing deals at one point or another over the past several years, rumors persisted that the TNF partner would end up buying all or part of NFLN. Now, as the expiration date looms for the 27-year relationship between the NFL and DirecTV, tying Sunday Ticket to NFLN makes a ton of sense.

At a time when all NFL-related content has increasing value (thanks to the gambling boom), the league could finally cash in by partially cashing out, retaining control over the content and messaging while also getting someone else to maximize distribution and to absorb plenty of the operating costs.

At the end of the day, the transaction won’t be cheap. The league recognizes the value of its content, and the league will want to be paid accordingly — and then some. By making that deal part of the broader Sunday Ticket transaction, the NFL could finally realize its long-awaited financial windfall for its build-it-and-they’ll-come media empire. Through nearly a generation, the money hasn’t come, at least not in the way the powers-that-be envisioned. Now, with a glut of content providers (including cash-flush sports books) scrambling for content and the Sunday Ticket package firmly in play, the league may be making its move at the ideal time.

One thought on “NFL’S SUNDAY TICKET MAY SOON BE STREAMING ON APPLE OR AMAZON!”