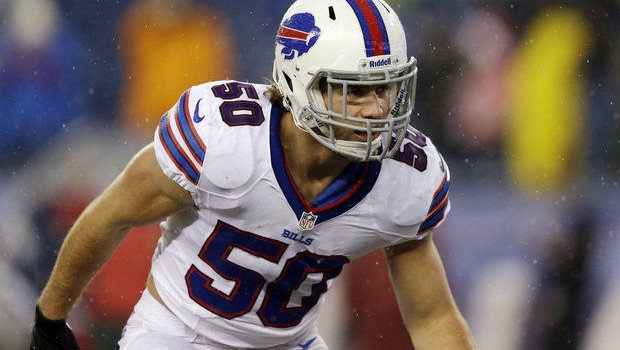 NFL SCOUTES WEIGH IN ON NEW EAGLE LB ALONZO: ‘I COULDN’T BELIEVE HOW GOOD HE WAS’

In the aftermath of the blockbuster Eagles trade of primo running back Shady McCoy to Buffalo, lots of Birds’ fans are in the dark about linebacker Kiko Alonzo, whom they received in return.

Thanks to NJ.com’s Mark Eckel, we have some unvarnished opinions from four NFL scouts who requested anonymity so they could speak about a player on another team:

An AFC scout liked him even more, but was concerned about the knee injury.

“I’m not a doctor, but I’m guessing the Eagles did their homework there,” he said. “Before he got hurt, I loved him. He was a machine his rookie year. I mean it looked like the guy made every tackle. Go watch Buffalo games from that year, I’m telling you, he made every tackle. He was everywhere.”

Of course, consensus is always rare in the NFL. Here’s a different opinion from someone in the NFC.