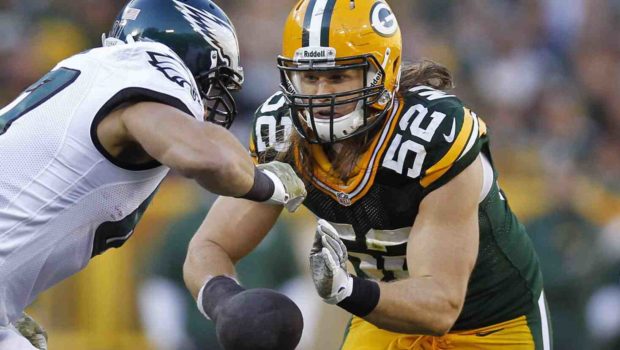 The NFL informed the NFL Players Association that James Harrison, Clay Matthews (above), Julius Peppers and Mike Neal will be suspended for non-cooperation with a league investigation if they do not agree to be interviewed in the next 10 days about allegations related to banned performance-enhancing substances.

The players have until Aug. 25 to participate in interviews, according to a letter sent Monday to the union by Adolpho Birch, the NFL’s senior vice president of labor policy and league affairs.

The suspensions would begin Aug. 26, according to the letter.

“For those players whose interviews do not take place on or before that date, or who fail meaningfully to participate in or otherwise obstruct the interview, their actions will constitute conduct detrimental and they will be suspended, separate and apart from any possible future determination that they violated the steroid policy,” Birch wrote in the letter.

The union did not immediately respond to a request for comment.

The accusations against the Pittsburgh Steelers’ Harrison, the Green Bay Packers’ Matthews and Peppers, and Neal, an unsigned free agent, arose in an Al-Jazeera report last year.

The league has cleared retired quarterback Peyton Manning of wrongdoing. Manning and his wife were linked to shipments of human growth hormone by the Al-Jazeera report. Manning cooperated with league investigators, the NFL said previously.