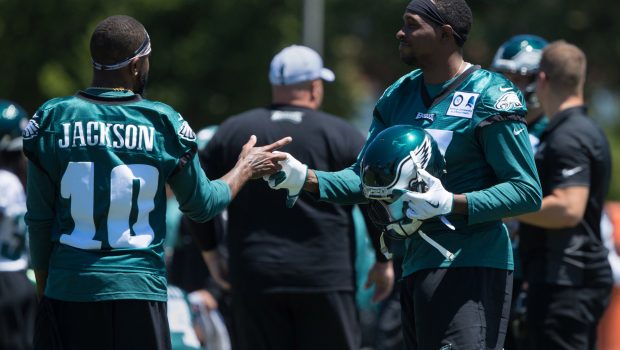 NFL ORDERS CAMPS SHOULD BE AT HOME: EAGLES ALREADY DO!

The NFL has informed its 32 teams that training camps will be conducted only at team facilities this season.

In addition, there will be no joint team practices as stated in the memo from Commissioner Roger Goodell, obtained by NFL Network’s Tom Pelissero. The only exception for training camp location is if “a club can demonstrate, to the satisfaction of a joint NFL-NFLPA medical task force, that it would not be feasible to conduct at their club facility,” per the memo.

Neither decision is expected to extend to the 2021 offseason and is just for the upcoming training camps in 2020.

This will not affect the Eagles since they, along with most other teams, hold training camp at their facility — in the Birds case at NovaCare in South Philly.

“We believe that each of these steps will enhance our ability to protect the health and safety of players and your football staffs and are consistent with a sound approach to risk management in the current environment,” Goodell said in the memo.

“The NFLPA was strongly in favor of these two decisions, which were made to limit exposure risks by avoiding the need for clubs to clean and maintain two facilities, by limiting the need for players and club staffs to travel to another location (sometimes located at a considerable distance from the home facility), and by limiting travel and contact between players on different clubs in the context of joint practices. These steps are being taken for the 2020 preseason to address the current conditions and are not expected to be in place in 2021.”

This directive removes the possibility of teams such as the Pittsburgh Steelers (St. Vincent College in Latrobe), Dallas Cowboys (Oxnard, California), Indianapolis Colts (Westfield, Indiana), and others from traveling to remote sites to hold their training camps. Typically, these teams would hold their camps at such sites before finishing preseason preparations at their facilities and conducting regular-season practices at those same facilities.